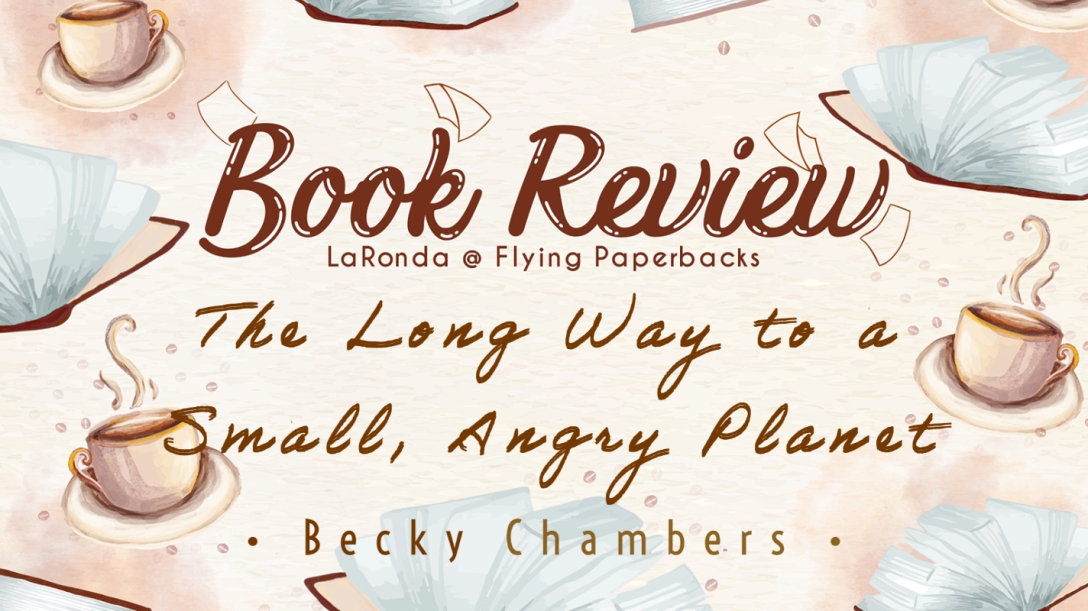 The Long Way to a Small, Angry Planet

Follow a motley crew on an exciting journey through space-and one adventurous young explorer who discovers the meaning of family in the far reaches of the universe-in this light-hearted debut space opera from a rising sci-fi star.

Rosemary Harper doesn’t expect much when she joins the crew of the aging Wayfarer. While the patched-up ship has seen better days, it offers her a bed, a chance to explore the far-off corners of the galaxy, and most importantly, some distance from her past. An introspective young woman who learned early to keep to herself, she’s never met anyone remotely like the ship’s diverse crew, including Sissix, the exotic reptilian pilot, chatty engineers Kizzy and Jenks who keep the ship running, and Ashby, their noble captain.

Life aboard the Wayfarer is chaotic and crazy—exactly what Rosemary wants. It’s also about to get extremely dangerous when the crew is offered the job of a lifetime. Tunneling wormholes through space to a distant planet is definitely lucrative and will keep them comfortable for years. But risking her life wasn’t part of the plan. In the far reaches of deep space, the tiny Wayfarer crew will confront a host of unexpected mishaps and thrilling adventures that force them to depend on each other. To survive, Rosemary’s got to learn how to rely on this assortment of oddballs—an experience that teaches her about love and trust, and that having a family isn’t necessarily the worst thing in the universe.

“Time could crawl, it could fly, it could amble. Time was a slippery thing.”

Like with most books that make me feel an immense amount– I don’t know if I’m eloquent enough to write this review… but I’ll try regardless.

Let me start with the audio– Rachel Dulude did an AMAZING job with individualizing each character and making each voice unique and personable to the characters? I never had an issues knowing who was on the page, she gave them life. Every beat and action was just done well and she was perfect for this book.

Now, as much as I love my character focused books, I don’t know why I was not expecting this book to embed itself into my heart as much as it did. If you’re looking for a space action-y type of book, you won’t find that here sadly. Or not-so-sadly, because this book delivers everything I needed and more.

All of the characters became near and dear to my heart, even the ones who weren’t so welcoming. I love how each of them had their time to grow on me, we get to know each of them intimately, you feel like you’re part of the family. I didn’t feel like an outsider looking in, I felt part of the crew. And of course, the found family aspect gave me warm feelings. Because even when they didn’t get along, they cared about each other enough to make sure they were safe. They cared. This is the standard for found families for me now, don’t ask questions.

I should probably talk about the individual characters, because they all made me very emotional thank you very much–

Rosemary – The newest crewmember, who is running from something, but finds her confidence and herself among this family she can call her own.

Sissix – An Aandrisk who pilot’s the ship and gave me the pleasure of reading a polyamorous storyline for the first time (sadly). I loved her from the start.

Dr. Chef – A Grum from a dying species, who’s fascination for herbs and medicine and all things cooking made me so happy. In all honesty, he may or may not be my favorite character here, the amount of joy every time he popped up is too much.

Ashby – The Captain, a pacifist and may be my second favorite. I know I’m not supposed to play favorites, but he was just so loveable and lovesick and just doing his best by his crew,

Jenks – A technician and someone who took a bit to grow on me (not in a bad way of course), but as someone who ID’s as pansexual, he definitely clicked with me on that level. He was also just a sweetheart, so there’s that.

Kizzy – Another technician who held the most levity for the group, she’s going 2,000 miles a minute, always bubbly, a bit of a troublemaker and made me laugh one too many times throughout.

Lovey – The A.I. of the ship, who gave my brain a spin with her plotline. I’m not sure how to explain the love I had watching her on her personal journey and I don’t exactly want to spoil it, but she deserves the world.

Corbin – plays with algae (I feel like there’s a word for this…?) and is a bit of an asshole. Even still, I couldn’t help but love him, though some of his specie-ist moments during the book made me side eye him…

Ohan – The navigator and someone who doesn’t get as much screen time as I’d like? They’re storyline made me tear up a bit, but I wanted more of them… but I could just be needy.

“The truth is, Rosemary, that you are capable of anything. Good or bad. You always have been, and you always will be. Given the right push, you, too, could do horrible things. That darkness exists within all of us.”

There were a lot of tough topics, ones I sadly don’t read enough about. War and gun control, on the opportunistic ways of people in places of power and how a life is valued less than the prospect of more… of greed. There was racism, and xenophobia, colonialism and grief. It takes account of mental health issues and self image. This was a very emotional story with dark aspects strewn in.

But, this does feel like a story that changes you as a person. Makes you more accepting or at least more understanding. Because a big theme here is respect: respecting peoples cultures, their beliefs, quirks, choices. So many times I would find myself asking why they did the things they did, just like many of the other characters. Then, I’d be reminded that I don’t need to know the why, that my practice isn’t the only one and true way, that this is just who they are and they deserve respect regardless. This is a multispecies crew, each with different cultures and different ways of thinking and going about things, you either adapt or kick rocks.

There was no way I could NOT give this five stars. It was a bigger story with interconnected journey’s weaved in seamlessly, making for a flawless delivery. But overall. It made me feel. And that alone should be recommendation enough.

6 thoughts on “{Audiobook} Review: The Long Way to a Small Angry Planet by Becky Chambers”