The Girl From the Well #2 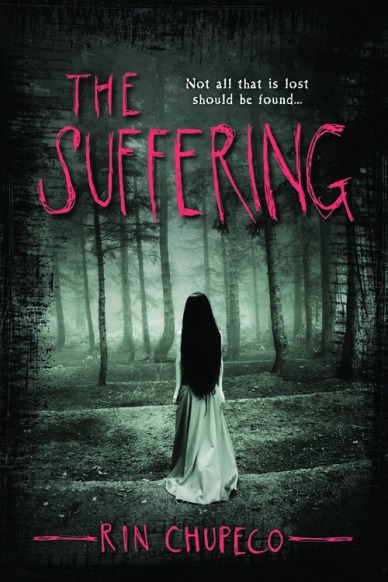 Seventeen-year-old Tark knows what it is to be powerless. But Okiku changed that. A restless spirit who ended life as a victim and started death as an avenger, she’s groomed Tark to destroy the wicked. But when darkness pulls them deep into Aokigahara, known as Japan’s suicide forest, Okiku’s justice becomes blurred, and Tark is the one who will pay the price…

Possible Spoilers For: The Girl From the Well

“There’s nothing sadder than a book that hasn’t been cared for, a book too broken to read.”

Keeping it short: we’re on another journey with Tark and Okiku into the suicide forest when a ghost hunting team and his mentor Kagura go missing.

There’s a lot to unpack into this story. There’s the mystery of the Aokigahara and what happened to the girls years ago, to the myth of the power that can be achieved when a certain ritual is done and we learn a little bit more about Okiku’s past, which is always a plus.

“I scan the room with my flashlight, trying to listen for any sounds of scratching and thumping, but I don’t seem to be sharing the space with anyone else, incorporeal or otherwise. Then I devote a minute or two to rocking myself on the floor and whimpering, because holy hell, that was scary as fuck.”

And of course, there there is no shortage of spooky things. Dark rituals, vengeful ghost girls and our very realistic narrator, Tark. I was wary about how much I was going to enjoy this installment, especially in the beginning. While I was confused on the lack of spotlight on Tark in book one, he’s put in the spotlight with his narration this go round. And at first, I was bored. I missed Okiku’s omniscient narrative, the inner look on her and how she saw the world. But I understand why the story was told the way it was. We get to see how Tark deals with his inner darkness through his sarcastic dialogue and his relationship with Okiku.

“Okiku was the first person in my life who was completely mine, in the same way that I was the only person that had ever been completely hers. She taught me to face my inner demons, that their presence did not mean I was broken. She loved my darkness, and I loved her light.”

Which was actually a surprise, seeing which direction that took. It gave me everything I wanted and more. This is not a romantic series. But the way their relationship was portrayed, there’s no doubt that there is a fierce love and loyalty between them despite their disagreements. And in the end, through unshed tears and a smile on my face, they delivered everything I wanted.

Okiku is still my favorite part of the book. She was even more of a background character, yet she still manages to stay a major factor in the story. She could have easily been reduced to the exposition character, but she gave so much to move the plot along.

Like I mentioned above, the ending gave me what I wanted. Some might say it was wrapped up a bit too nicely, but honestly? I don’t think so. They fought and suffered and endured and this ending was something they deserved.

And I love how it’s still open enough for future adventures. Which I desperately want with all the passions of a thousand burning suns… I’m that desperate.

9 thoughts on “Review: The Suffering by Rin Chupeco || Too close to tears”