Top Ten Tuesday was created by  The Broke and the Bookish in June of 2010 and was moved to That Artsy Reader Girl in January of 2018.

A few things about this weeks topic:

Let’s get this one out of the way. I think I mention my hatred for this series? And I remember reading book one for the first time and giving it a five star. After finishing the whole trilogy, I tried to go back to book one and… couldn’t, so I lowered it to a four… Yeah, we all know my reasons *cough*Four*cough*.

This is one where… it was hyped up, I had the cover as my tablet background and when midnight hit, I downloaded it on my Nook and started reading. I guess putting this book on such a high shelf led to my downfall? Now, I do still want to get to book two, because I’ve seen people say it’s better… but this one was not fun.

An Ember in the Ashes – Sabaa Tahir

Another one where hype led to my downfall… not a lot happened and I wasn’t rooting for the characters?

I read this whole series in 2014 and at first, I wasn’t really a “reader” so I rated them four stars? but looking back, I lowered them to two? I mean… gorgeous covers.

I’m only proud to have read this so I can put has read every Marissa Meyer book on my resume. But this has an aspect to it that I don’t like. Rereading it, I took it for what it was: a romance and it got better, but that doesn’t erase the past. 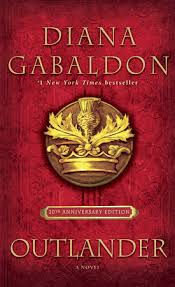 I mention this a lot, but I made it 750 pages in this 800+ paged book before I lost my page? SO YOU CAN’T TELL ME I DIDN’T GIVE IT A CHANCE. But not only that, it was very misogynistic/rapey/a bunch of other things that made me uncomfortable? And it’s a long series?

I read this book twice (once from a recommendation and once for school) so I have been through the mind that is our main character and do not want to go through it again. I appreciate the importance it has on people and the message (I do appreciate the ending) but to be in the mind of Winston… I’m probably going to elaborate in the  future.

This is the only one of this list that I DNFed. I didn’t see the main characters appeal, or the love interest, or the friendship (which I felt like was about to fall apart as soon as said friend started talking to a specific character). Maybe it’s because I read it after the craze?

I can actually say I’ve read this when people recommend it to me. The best part of the entire book was the little brother and the whole him wanting to be a mermaid subplot. Or any scene the little brother was in. Everything else… irritated me.

This is another I can finally say moment, because CoHo is everywhere and I can fully say she’s not for me.

I tried being specific, but like i mentioned above, it’s been a while since I’ve read these, so just trust me when I say I’m holding this street cred. very close to me.

What books do you use for bragging rights? Do you like any of the one’s I mentioned above? Let me know in the comments below!