Black History month is here and I decided to start a new feature on the blog where I recommend things. So, today, I’m recommending upcoming books by black authors about black characters.

Jane McKeene was born two days before the dead began to walk the battlefields of Gettysburg and Chancellorsville—derailing the War Between the States and changing America forever. In this new nation, safety for all depends on the work of a few, and laws like the Native and Negro Reeducation Act require certain children attend combat schools to learn to put down the dead. But there are also opportunities—and Jane is studying to become an Attendant, trained in both weaponry and etiquette to protect the well-to-do. It’s a chance for a better life for Negro girls like Jane. After all, not even being the daughter of a wealthy white Southern woman could save her from society’s expectations.

But that’s not a life Jane wants. Almost finished with her education at Miss Preston’s School of Combat in Baltimore, Jane is set on returning to her Kentucky home and doesn’t pay much mind to the politics of the eastern cities, with their talk of returning America to the glory of its days before the dead rose. But when families around Baltimore County begin to go missing, Jane is caught in the middle of a conspiracy, one that finds her in a desperate fight for her life against some powerful enemies. And the restless dead, it would seem, are the least of her problems.

Zombies and zombie hunters in the Reconstruction Era? No romance? That amazing badass cover? 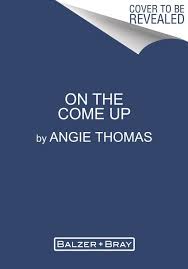 On the Come Up – Angie Thomas

The highly anticipated second novel from Angie Thomas, #1 New York Times bestselling author of The Hate U Give, returns to the world of Garden Heights in a story about an aspiring teen rapper and what happens when you get everything you thought you wanted.

There’s not really anything about this book yet, but I loved T.H.U.G, so of course I believe this will be just as amazing and just as important. 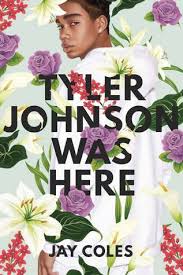 When Marvin Johnson’s twin, Tyler, goes to a party, Marvin decides to tag along to keep an eye on his brother. But what starts as harmless fun turns into a shooting, followed by a police raid.

The next day, Tyler has gone missing, and it’s up to Marvin to find him. But when Tyler is found dead, a video leaked online tells an even more chilling story: Tyler has been shot and killed by a police officer. Terrified as his mother unravels and mourning a brother who is now a hashtag, Marvin must learn what justice and freedom really mean.

Another BLM book that we need about a boy whose brother is shot by an officer, of course, unwarranted. And I bet I sound really superficial, but that cover ❤ .

Camellia Beauregard is a Belle. In the opulent world of Orléans, Belles are revered, for they control Beauty, and Beauty is a commodity coveted above all else. In Orléans, the people are born gray, they are born damned, and only with the help of a Belle and her talents can they transform and be made beautiful.

But it’s not enough for Camellia to be just a Belle. She wants to be the favorite—the Belle chosen by the Queen of Orléans to live in the royal palace, to tend to the royal family and their court, to be recognized as the most talented Belle in the land. But once Camellia and her Belle sisters arrive at court, it becomes clear that being the favorite is not everything she always dreamed it would be. Behind the gilded palace walls live dark secrets, and Camellia soon learns that the very essence of her existence is a lie—that her powers are far greater, and could be more dangerous, than she ever imagined. And when the queen asks Camellia to risk her own life and help the ailing princess by using Belle powers in unintended ways, Camellia now faces an impossible decision.

With the future of Orléans and its people at stake, Camellia must decide—save herself and her sisters and the way of the Belles—or resuscitate the princess, risk her own life, and change the ways of her world forever.

A book where society obsesses over beauty. A world where skin, hair and eye color, etc can be changed, yet satisfaction is never achieved. A story reminiscent of our own mixed with magic is something many of us can relate to.

A Blade So Black – L.L. McKinney

The first time the Nightmares came, it nearly cost Alice her life. Now she’s trained to battle monstrous creatures in the dark dream realm known as Wonderland with magic weapons and hardcore fighting skills. Yet even warriors have a curfew.

Life in real-world Atlanta isn’t always so simple, as Alice juggles an overprotective mom, a high-maintenance best friend, and a slipping GPA. Keeping the nightmares at bay is turning into a full-time job. But when Alice’s handsome and mysterious mentor is poisoned, she has to find the antidote by venturing deeper into Wonderland than she’s ever gone before. And she’ll need to use everything she’s learned in both worlds to keep from losing her head . . . literally. 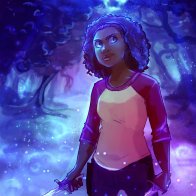 I totally looking forward to this retelling of Alice in Wonderland with a Black heroine with an author who’s not afraid to tell ugly truths about the publishing industry. And there’s fan art?!

Children of Blood and Bone {Legacy of Orïsha #1 } – Tomi Adeyemi

But everything changed the night magic disappeared. Under the orders of a ruthless king, maji were targeted and killed, leaving Zélie without a mother and her people without hope.

Now, Zélie has one chance to bring back magic and strike against the monarchy. With the help of a rogue princess, Zélie must outwit and outrun the crown prince, who is hell-bent on eradicating magic for good.

Danger lurks in Orïsha, where snow leoponaires prowl and vengeful spirits wait in the waters. Yet the greatest danger may be Zélie herself as she struggles to control her powers—and her growing feelings for the enemy.

And every single character in here is black. the author talks about how people perceive darker skinned individuals to lighter skinned individuals in this world. She writes a main character with dark skin, living in poverty and grieving over the murder of her mother, making her have the possibility of being the most powerful person in Orïsha, yet she still deals with racism. 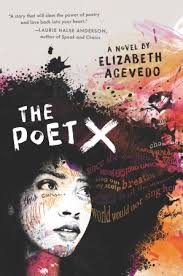 A young girl in Harlem discovers slam poetry as a way to understand her mother’s religion and her own relationship to the world. Debut novel of renowned slam poet Elizabeth Acevedo.

Xiomara Batista feels unheard and unable to hide in her Harlem neighborhood. Ever since her body grew into curves, she has learned to let her fists and her fierceness do the talking.

But Xiomara has plenty she wants to say, and she pours all her frustration and passion onto the pages of a leather notebook, reciting the words to herself like prayers—especially after she catches feelings for a boy in her bio class named Aman, who her family can never know about. With Mami’s determination to force her daughter to obey the laws of the church, Xiomara understands that her thoughts are best kept to herself.

So when she is invited to join her school’s slam poetry club, she doesn’t know how she could ever attend without her mami finding out, much less speak her words out loud. But still, she can’t stop thinking about performing her poems.

Because in the face of a world that may not want to hear her, Xiomara refuses to be silent.

Creating a story with unlikeable protagonists, complicated family dynamics, using poetry as a huge focus to the development of… everything.

There we go! Any books I miss? Any of these you’re excited for? Let me know in the comments below!

16 thoughts on “Might I Recommend… Upcoming 2018 Books by Black Authors?”

“People say nothing is impossible, but I do nothing every day.” 🍯
Um... surprise? 😂
Relaxation... amirite?? 😬
“Love is in the air... so try not to breathe.” 🖤
Guess who’s on the @literaryboundtours blog tour for Wings of Ebony by @authorj.elle ?! Me, that’s who. Surpriseee📚
“I wrote my own story
✨2021✨
MERRY CHRISTMAS! (Also look at my grinch tree I love it) 🎄
Don’t be fooled by the cute face— she’s definitely on the naughty list... 🐶
Loading Comments...
Comment
×
%d bloggers like this: